Although Scotland’s largest entertainment venue, the SSE Hydro at the Scottish Event Campus in Glasgow celebrated its fifth birthday in September 2018, we’ve actually been photographing it since before it was even born so we have a familiarity with the architecture and a fondness for the venue, having watched it ‘grow up’.

We started photographing the gap site in 2009 as part of progress photography of over 350 River Clyde locations for the Clyde Waterfront initiative for Scottish Enterprise. By November of that year, the site started to come alive with heavy plant machinery, hoarding and tower cranes taking up residence. From then until December 2013 we documented the structural engineering wonder that is now the spaceship-shaped venue we see today and remember the palpable excitement of the venue’s first lighting test on a chilly September ’13 evening. However, the most memorable stage of progress photography had to be summer 2012 when the latticed steel skeleton revealed the final form of the building which was designed and generated from the inside out by celebrated architect, Norman Foster. It was a spectacular sight no matter which angle or riverbank the building was viewed from. You can see some images from this time in the gallery below.

The completed SSE Hydro has to be one of Glasgow’s most interesting modern buildings to photograph, not only because of its translucent cladding that is the canvas for glowing light projections but because of its location next to the iconic Finnieston Crane and Foster & Partners other Glasgow offering, the SEC Armadillo with its distinctive stacked ship hulls shape that nods to the city’s shipbuilding past and couldn’t be more different from its campus mate.

In addition to documenting the construction, we photographed the lighting for designer and structural engineer’s Arup and DW Windsor who supplied the handrail lighting as well as Event Scotland when the whole campus architecture was specially lit for the MTV Awards 2014. We’ve no doubt the SSE Hydro will continue to feature in our projects. Location and project photography and cityscapes for many years to come. 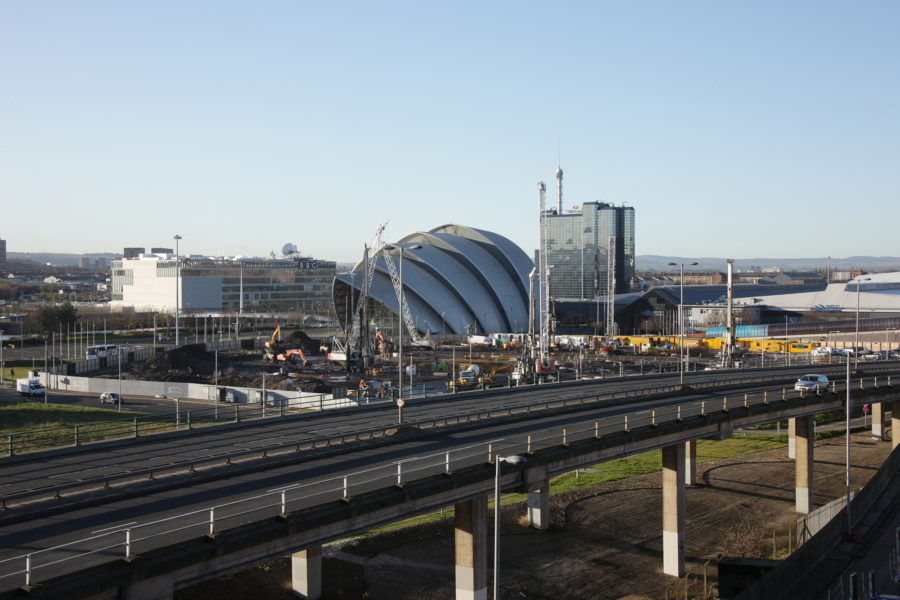 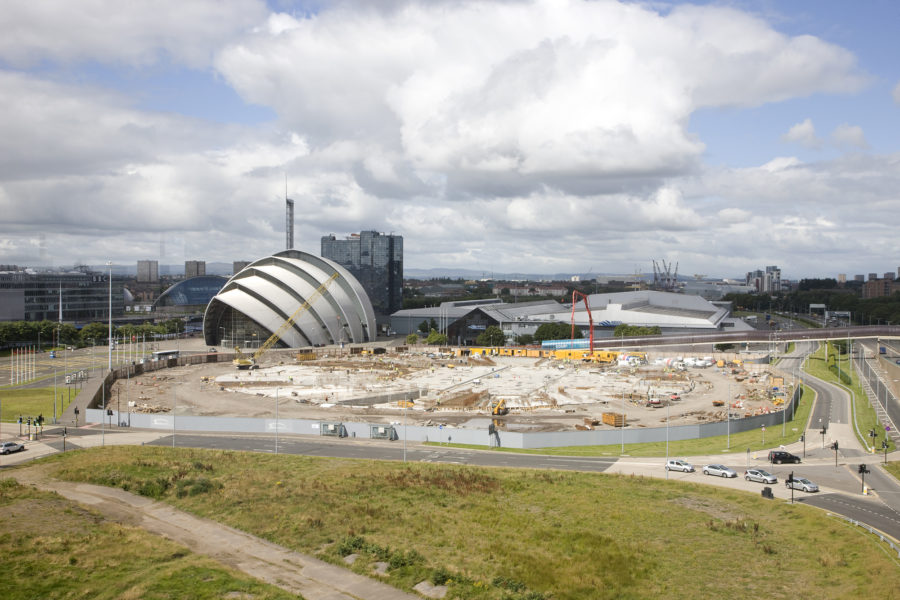 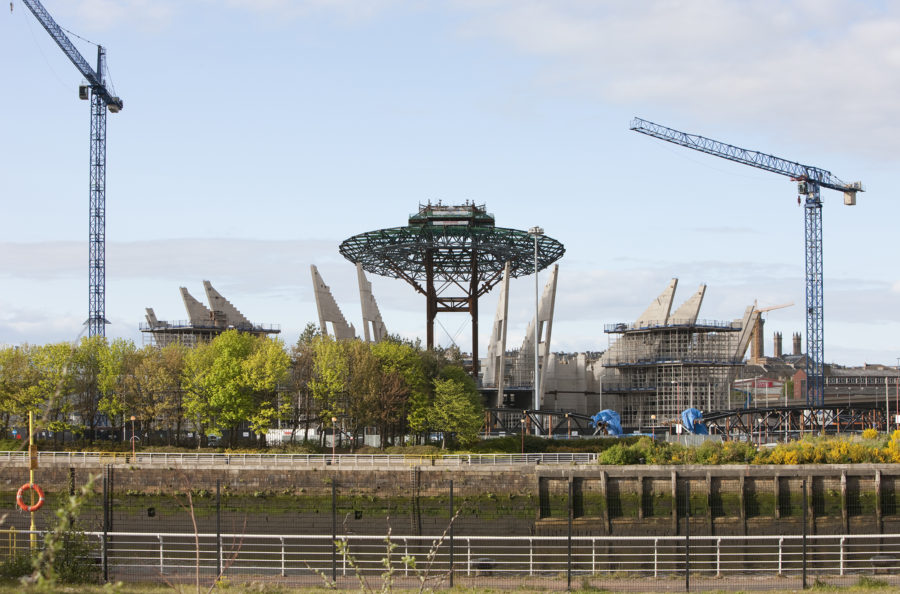 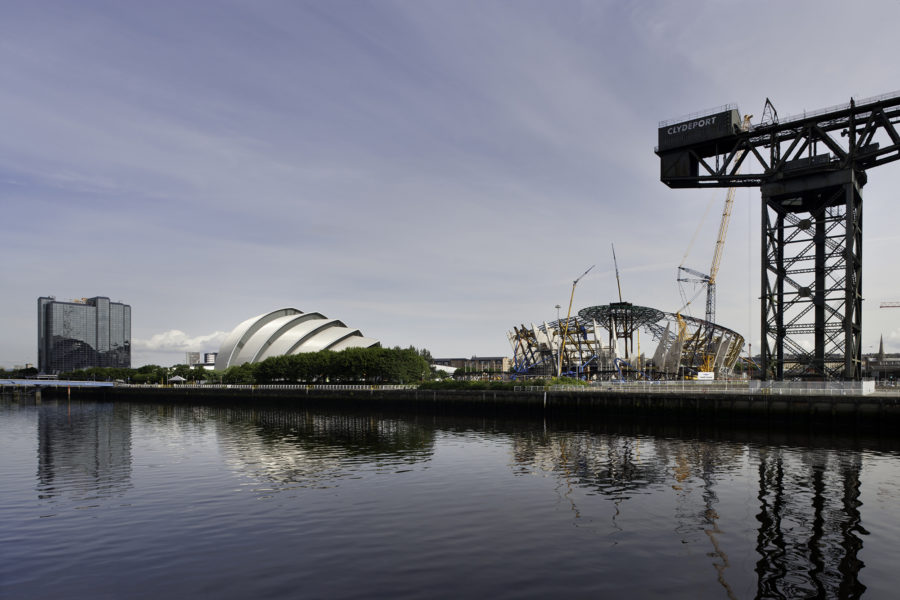 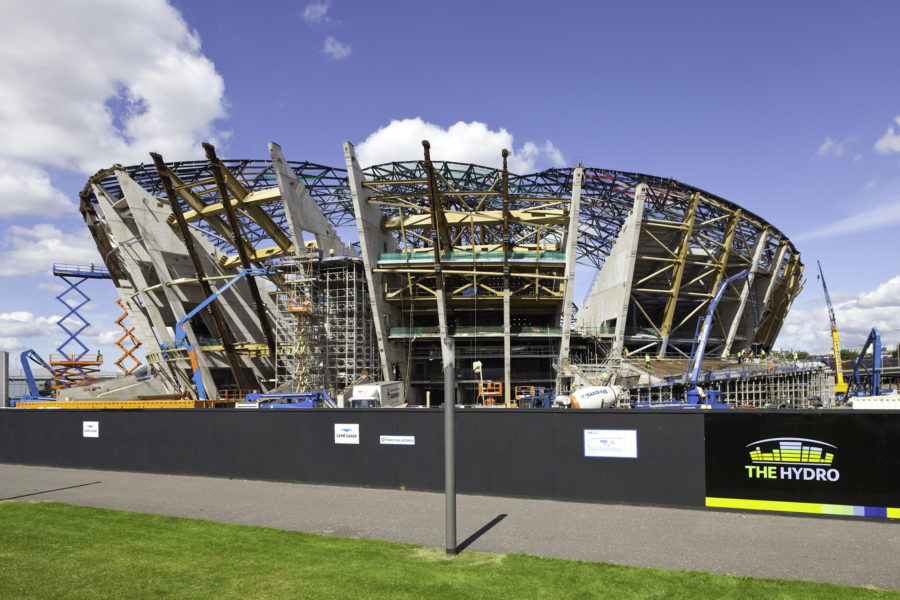 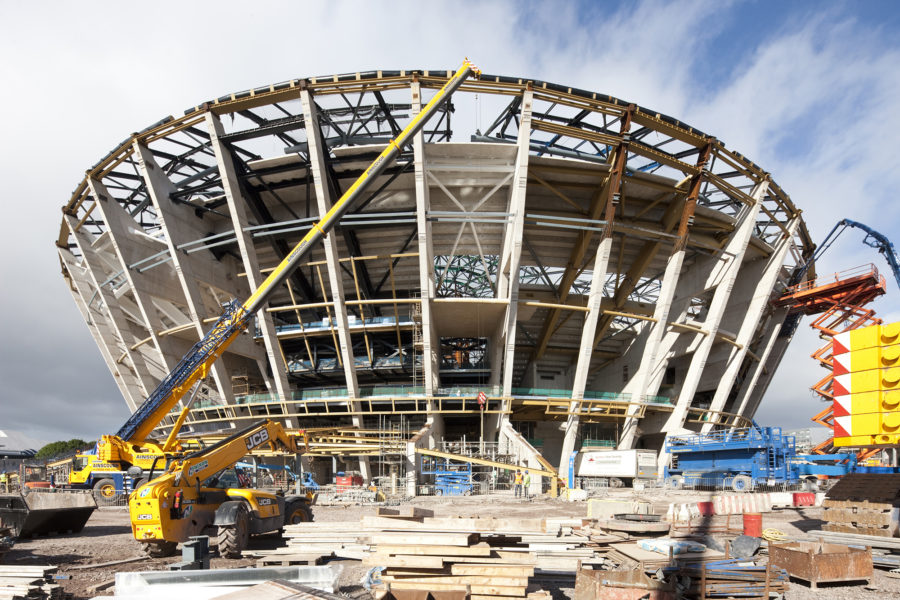