The featured locations started at Glasgow Airport and the Advanced Manufacturing Innovation District Scotland (AMIDS) and travelled east along the River Clyde completing at Clyde Gateway on the south-east of the city. We were asked to highlight a further 12 sites including the innovation districts at the Universities of Glasgow and Strathclyde and the Queen Elizabeth Hospital, Glasgow Harbour and the SEC Campus expansion, Pacific Quay, Central Quay, Buchanan Wharf and Custom House Quay as well at the Laurieston development in the Gorbals.

Due to the geography and footprint of each of the sites and given their various stages of development, a combination of aerial drone footage and existing cgi graphics was the illustrative route that informed our storyboard. February’s weather was kind to us and offered up some crisp, clear days to fly the drone. While we were doing that Invest Glasgow liaised with each of the developers and collected images and footage showing how the developments may look when complete and prepared the script.

All post-production including motion graphics to signpost each of the sites was prepared in-house at McAteer Photo. Complete with voiceover and music, the film premiered to an audience of international investors at property conference MIPIM in Cannes in March 2019. 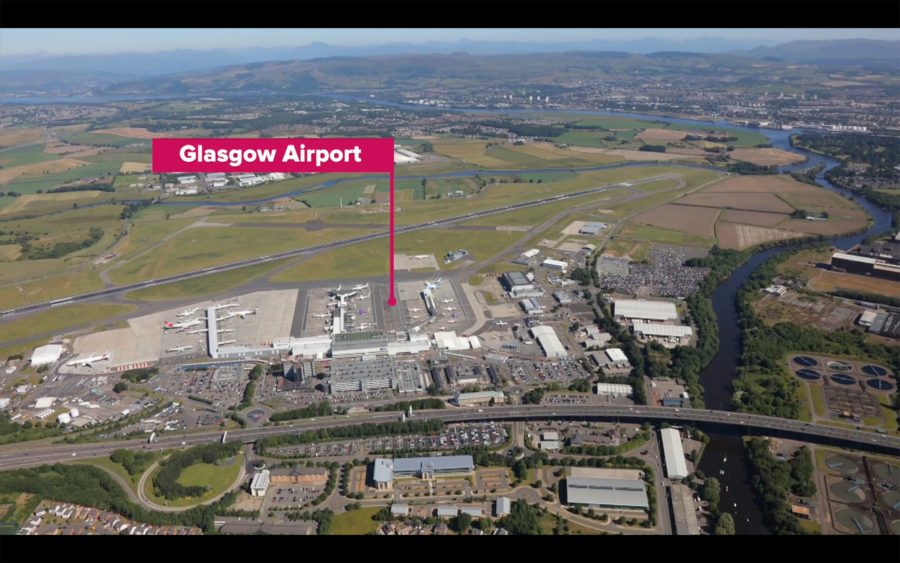 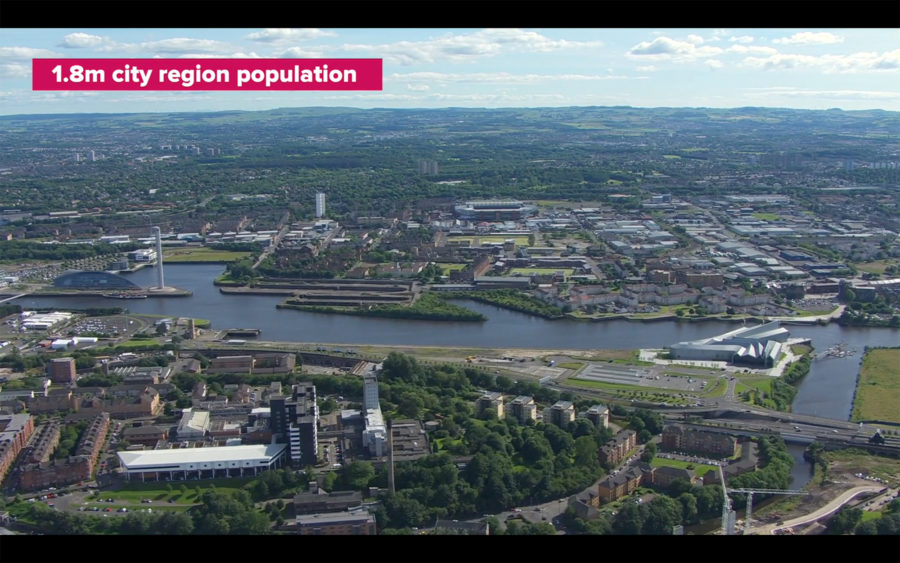 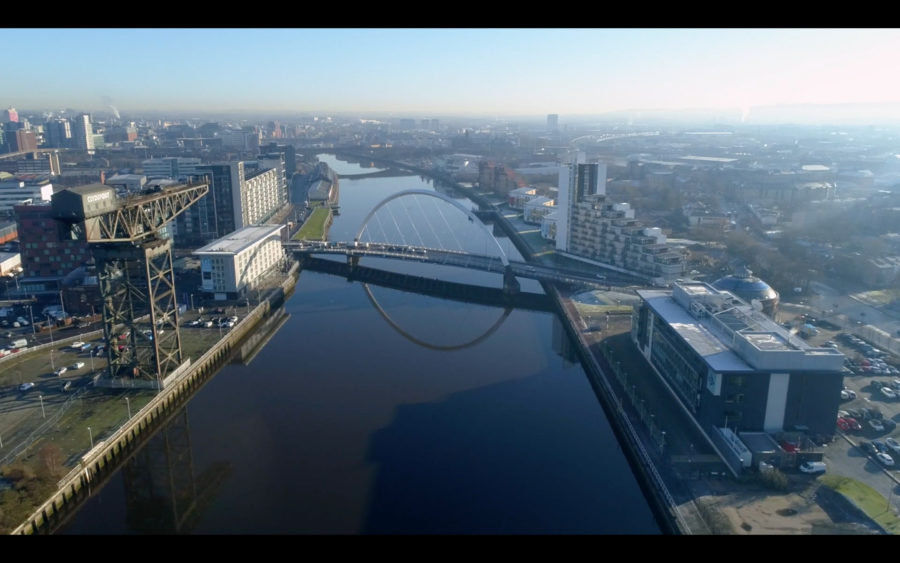 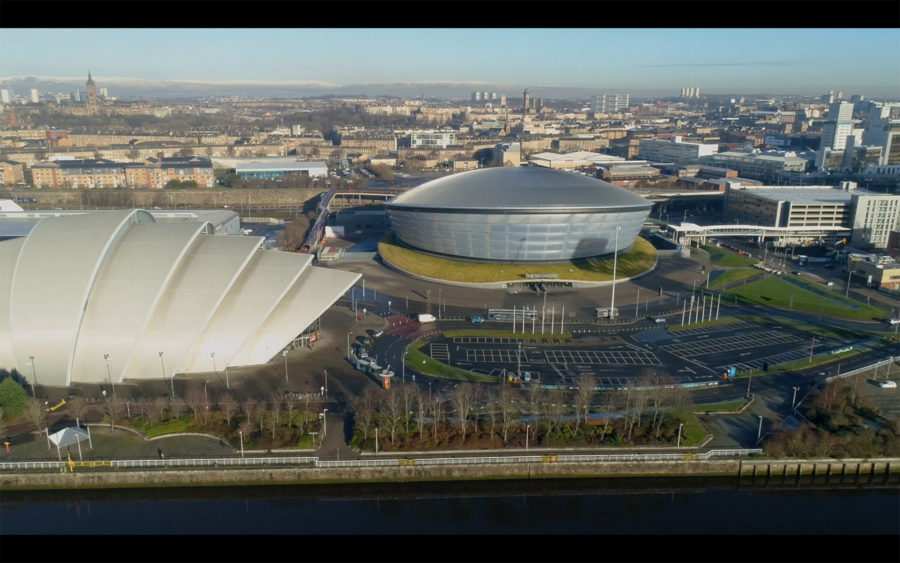 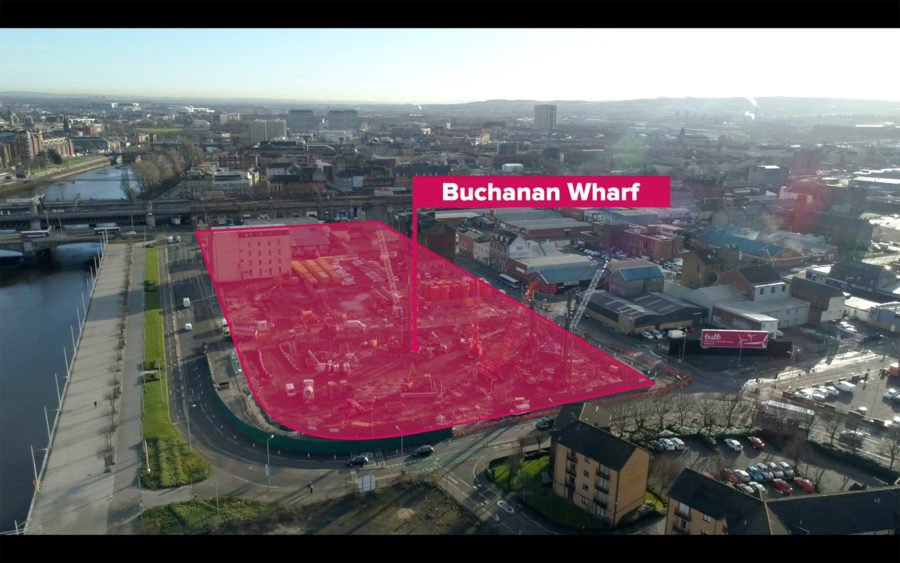 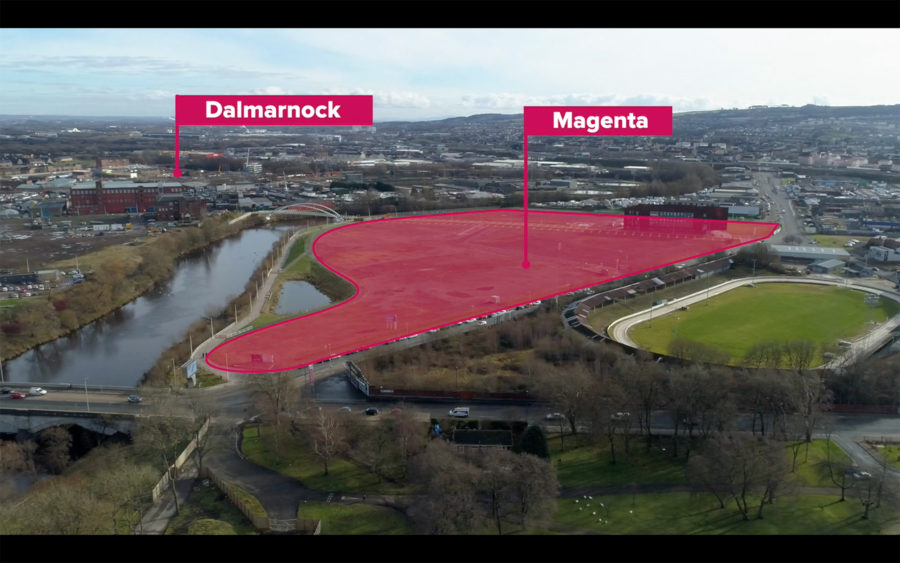